Feed the mind and the body will follow: education answer to malnutrition on Comoros 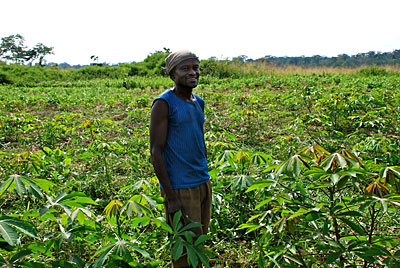 The Comoros are a tiny cluster of islands sitting between the coast of Mozambique and the island of Madagascar. Caritas has been working on the islands since 1979.

Justin Haruna, secretary general of Caritas Comoros says that with the help of Secours Catholique and the Order of Malta, Caritas has developed a community approach to improve malnutrition levels on the islands.

“We’ve aimed to help communities take responsibility for their own health and we’ve seen a real difference in how people participate,” says Justin.

Part of the reason for raised malnutrition rates was because people no longer farmed and instead bought imported foods. As a result they had stopped using local foods such as bananas and potatoes.

“There was a lot of poverty and ignorance about how to feed children. People just didn’t have the right information,” says Justin.

Caritas set up a nutritional centre to give mothers advice on how to feed their children and to boost their diets with staples such as reinforced flour. But they would go back to their villages and the children would once again become malnourished.

Caritas looked at the possible solutions and realised that the best way was to send someone to communities and teach them in their homes.

“We went and did a lot of awareness raising such as on the importance of farming and eating rather than selling on healthy produce. We taught them local recipes which would boost their health,” says Justin.

“We also taught key people in the villages skills which would allow them to recognise the early signs of malnutrition such as how to weigh children and how to screen  children by measuring the circumference of their arms.”

Caritas’ mobile team covers 30 villages and they also deal with other health issues such as malaria, typhoid and burns. Caritas has also set up two committees comprising villagers to ensure that the fight against malnutrition remains a priority among villagers.